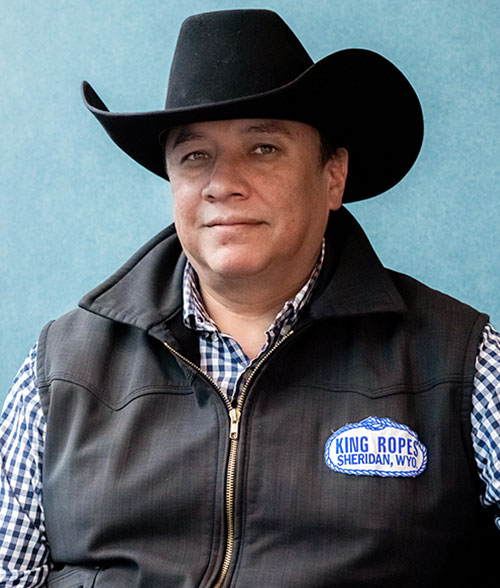 Leon Littlelight was born in Calgary and raised on the Tsuut’ina Nation. He is the youngest of three; his parents Bedford and Francis Littlelight. During this time Leon has ranched for over 43 years on the family ranch. He follows in his late father’s path; Bedford served for 16 years on Council. Leon is currently on his tenth year serving for council. Leon graduated from Bishop Grandin in 1991 and three years later graduated from Sait. Leon loves spending time with his two daughters, Angie and Kenzie, and – of course – his grandson, Jay. He also enjoys travelling the rodeo trail with his partner Camille.
Within Leon’s time serving the Nation, he has been involved in many capacities, having served on the Child and Family Board, the Tsuut’ina/Stoney Corrections Board of Directors, the Tsuut’ina Finance and Treasury Board, and the Treaty 7 Community Futures Board of Directors. Leon is also an advocate of people with disabilities, suicide awareness, and sports and recreation.

“For a nation with a population of around 2,200 people, we, the Tsuut’ina people, have always maintained resilience, determination, and our identity while coexisting with mainstream society. ”